This post is published in association with TESOL Spain e-Newsletter. For other posts in this series click here. As the main external exam season starts, I thought this would be a good time to write a post giving tips for how to approach the speaking exams in particular. To kick off, here is a new video from Cambridge English TV with some useful ideas about answering questions in the speaking tests.

Clearly, you cannot be marked on language which you do not produce, so you should aim to answer questions fully. However, sometimes the question seems to be asking for a simple answer – an apparently closed question with no interrogative pronoun. In this case, the temptation is to give the simple answer, but these questions are provided with a possible back-up question in the examiner’s script – ‘Why?’, so if the candidate does not elaborate sufficiently in their answer, they can be prompted to do so. It causes a better impression if the candidate does not wait to be asked why, but explains and elaborates their answer from the beginning. It shows they are more willing to speak, and gives a more natural feel to the conversation.

There is a great temptation to prepare answers beforehand, particularly for the questions in Part 1 of the test which everyone is asked (‘Where are you from?’  ‘Where do yo live?’ or ‘What do yo like about living there?’, for example). However, it is usually quite obvious to the examiner that an answer is prepared, and it will possibly be cut short. Teachers should be particularly wary of relying on prepared answers for their students. In one examining session last year, I examined eight or ten candidates from the same class, one after another. When asked ‘What do you like about living here in Madrid?’ every one of them spoke of the fantastic public transport system which the city has. Clearly, this quickly became irritating and received no credit.

Language in the speaking exam

In all levels of Cambridge exam, from YLE Starters up to Proficiency, there is, logically, a specific mark for pronunciation. When we talk about this aspect of language, there is a tendency to focus on accent, and specifically whether the candidate is capable of reproducing a particular native speaker accent. However, the examiner is not measuring the non-native candidate against a native-speaker norm. The emphasis is instead on reproducing the individual sounds, intonation and stress patterns of English in a way which does not impede comprehension. While higher levels of exam require the candidate to be ‘intelligible’, lower levels, such as KET or PET allow for a fairly intrusive L1 accent which may make comprehension more difficult at times.

The above video, from the Cambridge English TV channel on You Tube, focuses on word stress, and how a change in stress may mark a change in meaning, and so impede understanding if not reproduced accurately. This word stress can be realised in any accent, native or non-native. Similarly, sentence stress is not dependent on accent. English is traditionally a stress-timed language, as opposed to a syllable-timed language like, for example, Spanish. This means that a successful candidate should be able to place the stress on the correct syllables within an utterance, and at higher levels (CAE or CPE particularly) the candidate should be able to use stress to suplement the meaning of the utterance. 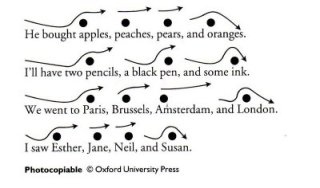 Another important aspect which can be reproduced accurately whatever the accent of the candidate is intonation. A successful candidate should be able to use rising and falling tones within the utterance in order to indicate the internal structure of the utterance, usually rising at the end of each element of a list, for example, or at breaks in an utterance usually represented graphically by a comma, then falling at the end of an utterance, represented graphically by a full stop.This can actually have more effect on understanding at times than accuracy in individual sounds. Several years ago, I examined a PET candidate who reproduced individual sounds accurately, but whose intonation was so wrong that he was almost impossible to understand.

Clearly examiners must also focus on the accurate reproduction of individual sounds. However, different accents imply different versions of individual sounds. Here too, the important thing is to be understood with relative ease, avoiding as far as possible L1 intrusions. It doesn’t matter if the student pronounces ‘Tomato’ as in British English or in American English, but if they say ‘city’ as ‘thity’ (a typical Spanish error, since in Spain, the ‘ci’ and ‘ce’ are pronounced ‘thi’ and ‘the’), that impedes understanding, and so is marked down.

The first thing to say here may seem far to obvious to include – candidates should look at each other during this phase of the test. Too many candidates seem unsure where to look when the collaborative activity begins, and many begin to address their answer to the examiner rather than their partner, requiring further support from the examiner to get them back on track.

The candidate not speaking should also look at his / her partner as they speak, or at the prompt they are talking about, giving non-verbal feedback (nodding, making agreeing noises – ‘mm-hm’, etc.). Some candidates go as far as ‘duetting’, joining in with what the other candidate is saying so that they finish a sentence in unison, or reformulating what their partner has said. All of these strategies are part of ‘active listening’, which forms part of authentic spoken interaction.

An extension of this is to make some reference to what the partner has said at the beginning of the following turn, ‘linking your contributions to those of your partner’. This comes in the marking criteria for FCE and above, but it is useful to train even PET level students to do this in a simple way. Perhaps the easiest way is a simple expression of agreement / disagreement – ‘Yes, I agree with you, but don’t you think…’, or ‘I see your point,, but…’.

Now watch this video of Part 3 of an FCE exam and observe how the candidates work together:

Finally, when interacting either with the examiner or the other candidate, don’t be afraid to ask for clarification if you are unsure what they have said. It is fine to ask ‘Can you repeat that, please’ if you are not sure about an instruction. The examiners are looking for contributions which are relevant, so it is important to know exactly what you are being asked to do. IN parts 2 and 3, the key questions are printed at the top of the pages given to the candidates:

Please note that in the exam, the pictures are in colour (images from Cambridge University Press).