One of the most contentious issues in British English is that of regional accents, far more than in any other English-speaking country. There are many different accents from different parts of the UK, and people are often judged by the way they speak. In this article, based on a recent webinar, Helen Ashton investigates people’s reactions to different accents, and explains how they are perceived both in Britain and abroad.

Here is a very interesting article from the British Council, explaining ways to introduce British regional accents into the English classroom. 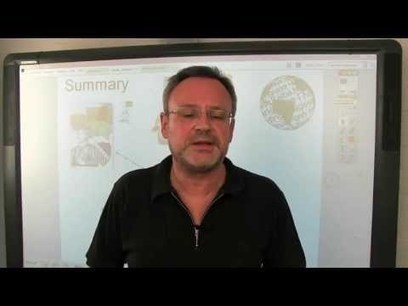 Millions of teachers and billions of learners all over the world are involved in the study of English as a Foreign Language.

Here’s an extremely interesting post on teaching pronunciation. Thanks as always to Tom Randolph for this.

This is a great idea from Nik Peachey for exploiting The Speech Accent Archive.

Day five of the Five days five posts series, and unfortunately this is just post four. I’m writing this on the train bound for Córdoba, where I am giving a workshop on speaking activities for teenagers at the XIV Jornadas CETA (Córdoba English Teachers Association).

For this post I’m moving away from working with video, and focusing on one of the activities I’m going to use in my workshop this afternoon. In the PET speaking exam, students are given a photograph and asked to describe it. Many candidates simply give a list of things that come in the photograph, but stronger candidates distinguish themselves by organizing their descriptions in a more orderly way. This activity is a simple way of helping them to achieve a more organized way of describing a scene.

I begin this activity by revising prepositions of place and ways of describing position in a picture – at the top, at the bottom, in the top right corner, etc. then we describe a photograph together as a class, to make sure they are using the vocabulary correctly.

Then the students are seated in pairs, back to back. One of them is given a photograph and is asked to describe it to their partner. The partner has to draw the picture as it is being described. The student describing the picture has their back to the other student so that s/he cannot make adjustment to the picture which is being drawn. The other student only has their partner’s words to guide them as they draw. If they are unclear about a detail, they can ask for clarification, and in that way they help their partner to structure a description in a more logical way. Once the description is finished, they compare their pictures with the original photograph. Then they change places and the exercise is repeated.

The pictures can be of anything, so it is a good idea to tie them in with the topic which you are covering in class at the time (a good source of free pictures is www.eltpics.com). If possible, I like to project the photograph on the IWB, which means that everyone is describing the same picture at the same time, as this allows them to compare their drawings not only with the original but also with those of their classmates, and this can be quite motivating. If this is not possible, photographs cut from colour magazines work just as well, and the students can be asked to bring the photos in themselves, which saves on preparation time. A good tip is to keep any photos they bring in in an envelope in class, so that fast finishers can repeat the exercise in future classes.

This activity is one of those I described in my post ‘How to … exploit video in class’.

The objective is to get the students to produce a possible alternative script for this video clip. Play the video with the sound turned off, and ask the students to describe the situation which they see. If necessary play the video twice. Ask them where the men are, what their job is, and why the film is in black and white. Fill in cultural details as you consider necessary.

In pairs, the students should discuss what the men might be talking about, and what they have just heard on the radio. After sharing this in class, the students work in their pairs to write a possible dialogue which fits in with the changes of speaker on the video as closely as possible. Be prepared to play the video several times while they work so that they can check how well their script synchronises with the film.

Once the students have prepared and rehearsed their scripts, they perform them in time with the film in turn. I usually give them two attempts at this. It can be a nice touch to record them as they speak, then play back the recording in time with the film, so they can see how their words fit more clearly.

When all of the pairs have performed their scripts, the class watches the original version of the video with sound.

Am I missing something?: raising awareness of ellipsis and substitution