I came across this graphic on Facebook recently and, as an English teacher, it depressed me a great deal, especially when I went to the original page and read the comments, as person after person spoke of the video games which helped them to learn. While it is great that they have been able to learn, and that they have taken responsibility for their own learning, as a teacher I feel bad that this is the image that at least some students have of our work. So for the past few days I have been thinking of ways to redress the balance. Luckily, there are many ways in which we can incorporate elements of what the students identified as helping them to learn English into their mainstream classes.

Perhaps the step that we have all taken to bring our classes into line with the interests of our students is the introduction of popular songs into the classroom. Indeed, modern textbooks designed for teenagers often include exercises built around pop songs as a way of engaging students. However, the very nature of popular music means that it is practically impossible to include  a song in a printed medium which stands the test of time until the next reprinting. In addition to this, it can be hard to choose the most appropriate song for a classroom of teenagers – inevitably, if some of the students love the song, others will hate it. And the generation gap between teacher and student can lead to choosing a song which fails to have the desired motivating effect. Often, the end result is that the teacher chooses a more classic song which they feel more comfortable with.

One answer to this problem is available online. The site www.lyricstraining.com provides simple gap-fill listening exercises based on a large range of modern songs. If you have access to a computer lab at some stage, this can be a nice exercise to end the session, as each student can choose the song they want to work on and complete the lyrics exercise on their own using headphones. If you are lucky enough to have access to computers in the classroom, this can be used for fast finishers.

However, there must be more to introducing music into the classroom than simply providing more practice in gap-fill exercises, or the novelty will soon wear off. Something I try to do is to have parts of songs appear in unlikely places in the class. One exercise I use is the jigsaw dictation, in which a text is dictated with the sentences jumbled. The students must first take the information down as a dictation, and then work together to reorganise the sentences to reconstruct the original text, using their knowledge of grammar and cohesion. So why not use the lyrics of a song as the jumbled text? Better still, why not mix the lyrics of two songs, to add an extra layer of text organisation to the exercise? If you don’t tell the students at the start of the exercise what the source(s) of the text dictated is, it adds an element of surprise to the exercise which can perhaps be motivating than simply announcing that you’re going to listen to a song. A possible way of checking whether they have the correct order for the texts is to play the song(s) at the end of the exercise.

Another way in which I use songs in class is in the exercise ‘Desert Island Discs‘, which I presented as part of my workshop ‘Getting them speaking‘. In this activity, students get to talk about why they have chosen a particular piece of music and how they feel about it, as well as sharing their choice of music with the rest of the class.

Bringing video into the classroom 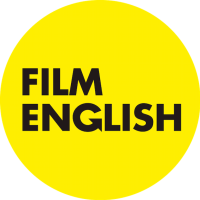 everyday learning. Videos are a great way of presenting ideas or topics to the class, but they should be used as an integrated part of the lesson. To this end, short clips of video are far more useful than longer parts of films, and a series of activities can be planned around different showings of the same video. For excellent ready-made examples of what can be achieved with this sort of material, I suggest you try Kieran Donaghy’s great website, www.film-english.com, which I examined in my post ‘Five websites to spice up the end of term‘.

I have a colleague who regularly uses film trailers from You Tube in her classes, with listening comprehension activities very similar to those which can be done with songs.  In a C2 (Proficiency) class, I used a series of short clips from the series ‘Auf Wiedersehen, Pet

‘ to illustrate different regional British accents, although fully accepting that even a Proficiency group would have difficulties follwing Jimmy Nail in full flow! Matt Halsdorff, in a comment on the post mentioned above, mentioned that he used video for close listening exercises, focusing on very specific items of usage, such as ‘gonna’, ‘wanna’, or the excessive use of ‘like’ in popular speech.

However, while bringing video into the classroom in this way is motivating and comes closer to matching the students’ real world experience, it remains a relatively passive experience. It is a simple step to allow the students to make their own videos, either in the classroom itself or for presentation in the classroom. This can range from recording videos of presentations done by the students so that they can analyse themselves as part of any debriefing to full-blown video projects which they script and organise themselves. I have had students produce videos of weather forecasts, adverts, daytime TV programmes and cookery programmes, while a colleague in Primary sets a video project every year in which his Year 4 students represent different aspects of Roman life as part of his CLIL social science class. Using relatively simple software, students can create photo stories, or video podcasts explaining a point of grammar or an item of vocabulary, along the lines of ‘iswearenglish.com‘ (see example below).

An important thing to say in any examination of possible new teaching techniques is that what we have been doing up to now should not be rejected. While in this post we have focused on bringing elements of our students’ outside realities into the classroom, what we have been doing in the classroom up to now plays an important part in the education of our students and we must continue to do it. However, things outside the classroom have changed radically in the last few years, and as educators we must be aware of ways in which we can engage and motivate our students, including incorporating what they feel comfortable with into our everyday approach.

ESL students struggle with a lot of things.

Many of these they can practice with the use of self-study materials. They can do as many grammar exercises as they want; they can work with audio and video to improve listening; they can even join native English speakers in their free time for some extra speaking practice. But it is not likely they will correct your students’ pronunciation. Pronunciation is one of those things that only teachers correct – in the classroom. Friends and acquaintances will usually let pronunciation mistakes slide for the sake of keeping the conversation flowing.

So what can your students do in their self-study time to improve their pronunciation?